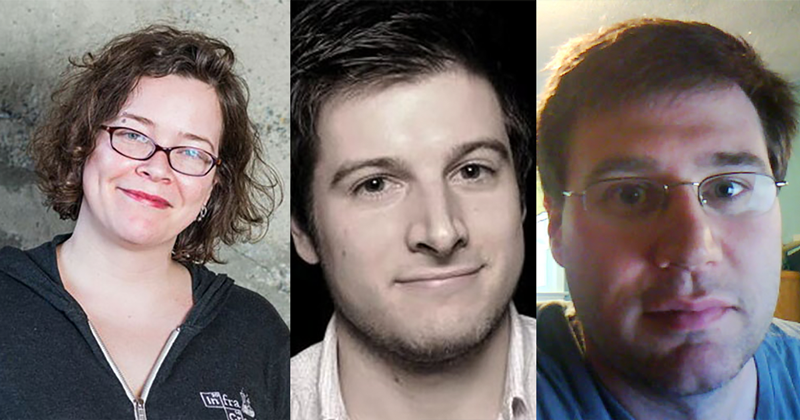 Bridget and Trevor are joined by Charity Majors (Facebook), as well as Mike Rembetsy and Patrick McDonnell (Etsy) for a frank discussion on what goes into building a great ops team.

Charity Majors (Parse/Facebook) is an “Accidental Computerer.” She was the first infrastructure hire at Parse, which was acquired by Facebook in April 2013. Charity handles all of the backend operations and DBA work, and manages a team of 7 engineers.

Patrick McDonnell is a web operations manager at Etsy. He made the transition from individual contributor to management a few years ago.

Mike Rembetsy (MCR) is the VP of Technical Operations at Etsy. He was one of the first ops people at Etsy when he joined in 2008, and has helped grow the team to over 50 engineers since then.

Charity points out that your first question should be whether or not you actually need an ops team. She says, “There are a lot of places out there that think they need traditional operations engineers, when all they really need is someone to really care about their infrastructure… You should have genuinely hard operations problems before you even start looking to hire engineers.”

Once you do start down the path of building an ops team, MCR notes that you have to maintain it. You’ll need to grow the team, grow the individuals, grow the culture, which, if your company is in a startup phase, can be distracting to the overall goals.

As a growing company, we suggest you follow this process:

Trevor agrees that cultural concerns are absolutely an issue, and asks for suggestions on how to interview for that.

MCR explains that at Etsy, they split their interview questions into technical questions and cultural questions about how the interviewees handled particular situations, as well as other skills.

Charity notes that good ops engineers are good at learning things, but some people freeze up when they’re put on the spot. She suggests providing interviewees with at least 50% of the questions beforehand, so they have a chance to prepare the preliminary information before interacting with her in a formal interview. “You want people to bring you the self that you’re going to be working with on a day-to-day basis,” she says, “not the self that is freaking out and wondering how they’re being perceived.”

Transitioning into the topic of management, Charity brings up the point that if, as a manager, you’re still responsible for key pieces of the infrastructure, you’re holding your team back in their technical development.

One of the jobs of a manager, MCR says, is to help motivate your team, and then step aside and let people get things done. In doing this, you let them succeed, as well as fail, and grow as a result of those experiences. He references Daniel Pink’s book, Drive, and the three pieces of science that motivate human beings: autonomy, mastery, and purpose.

“A manager’s role is a facilitator,” says Patrick. “Everyone should be doing what they think they need to do. It’s my job to remove obstacles that come in their way and make sure I can smooth things out if need be, but really, it’s to encourage and allow people to reach their full potential.”

Etsy has two separate career paths: one for individual contributors and another for management, which allows for the honing of particular skills specific to the end goal.

In addition, manager and leader is not synonymous. Some people are much better leaders than they are managers, and vice versa. It is also possible to be a leader while continuing as an individual contributor. In fact, Patrick points out that in some circumstances, you might actually lose influence when moving into a management role if you’re already a leader amongst your peers.

Charity: “Build your networks. Go to meetups, talk to people. Don’t just talk to the popular kids. Reach out to diverse communities and diverse crowds, and go meet people who are doing cool and exciting things, who are slightly off the beaten path. The more people you know, the better you’re going to be at hiring.”

MCR: “Make sure that you address conflict. Make sure you create a safe place for the people you do hire, to have open, honest conversations with one another. There’s nothing more toxic to a team than people chatting behind other people’s backs.