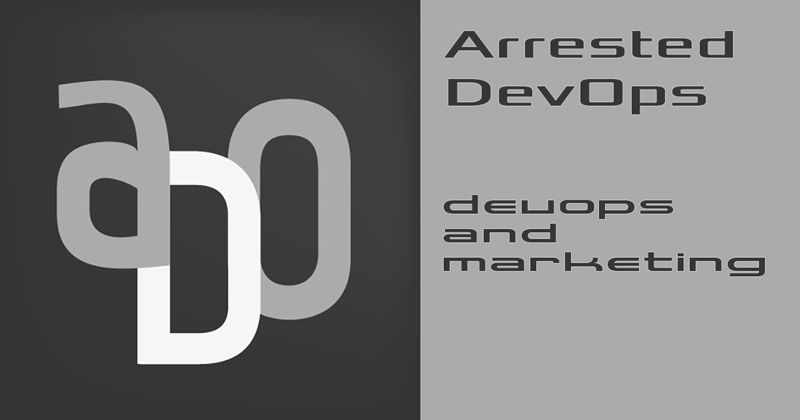 Marketing departments are often told, ‘Don’t use the term DevOps incorrectly!’' But exactly HOW should our marketing peers use that term? How can we effectively talk about DevOps in the marketing space? Shannon Smith from 10th Magnitude and Jason Hand from VictorOps joined us to discuss this heated topic.

Shannon Smith is the marketing manager for 10th Magnitude, a consulting firm based in Chicago. She’s a self-described “liberal arts nerd” and fell into the tech world through her job at 10th Magnitude. She has a love for well-crafted sentences, song parodies, and general cleverness, which has translated into a love for marketing and the challenges that come with getting an effective message delivered to the “great abyss.”

Jason Hand is a DevOps Evangelist at VictorOps. He’s been in the IT space since college, but it wasn’t until joining VictorOps that he’s ventured into a wider role, working closely with both marketing and product.

Matt starts off this unique episode by posing an important question: “Why is DevOps something that people in marketing would even care about?”

Jason jumps in right away: “Obviously, the VictorOps tool is something we feel falls in line with a lot of the DevOps topics, in terms of the things we try to help engineers with. Being able to speak intelligently to the different subjects that fall within DevOps is very important, especially when it comes to marketing. As most of us know, we’re very averse to traditional sales and marketing tactics; we can sniff out those types of conversations before they even happen, and we’ll pivot and walk away.”

Shannon originally broached the topic during Open Spaces at DevOpsDays Chicago 2014. She was interested in the focus on community, but also intrigued by the jokes about how terrible traditional sales and marketing is. She wanted to know what she could do to combat the negative feelings surrounding these departments, as well as gain insight into what her team could do differently.

“Even for those of us who are heavily invested in this DevOps thing,” says Jason, “who talk about it on a daily basis, sometimes we don’t even understand everything – all the ins and outs of what is DevOps – because it’s not just a thing. It’s a way of getting things done. It’s much bigger than just one thing. We are very patient and empathetic to that thought process,” he continues, “because we deal with it all the time. That’s part of the challenge within marketing, is how to turn that conversation into a succinct way of explaining it.”

Shannon explains that part of the problem with having a succinct explanation for DevOps, as well as how to sell it, is that there are multiple target audiences. “While we do use more traditional marketing for ‘decision makers’ – people who are busy and don’t have the time to talk about these abstract concepts, we’ve recognized that there are two or three very separate audiences, and we have to make multiple different messages work.”

The point is, your message is going to be very different depending on whether your audience is practitioner, decision maker, or champion. It could be that your company caters to all three, but then you must have separate messages catered to each of these groups. Otherwise you’ll be trying to mandate change from the top-down rather than getting the buy-in from people doing the actual work, or vice versa.

In a conversation with Matt earlier in the week, Steve Pereira said, “I’m in favor of having marketers speak to what they’re actually selling, which is never actually ‘DevOps.’ DevOps is bathwater in which all of these things are babies.”

Given all of these different audiences, Bridget asks the “elephant in the room” question: “When you’re talking about the target markets, how do you build an understanding of DevOps among people who aren’t engineers?”

Jason mentions that at VictorOps, they have an emphasis on moving agiley across the company. Even the marketing team works in sprints, getting things done on a project basis and having team standups. DevOps isn’t just for engineers – it’s applicable for everyone across the company.

But how do we make that happen in a practical sense?

Companies that are doing this successfully often exhibit certain qualities:

This cross-company communication can be difficult at times, but ultimately it’s everyone’s responsibility to speak up if they see problems with the messaging. Bridget offers a solution: “If you’re going to have people external-facing in your organization, going out and evangelizing, they need to also be talking to the people inside the organization, who are developing the product or providing the professional services.”

Collaboration and accessibility is what drives all of this, as Shannon pointed out. Being able to talk to people face-to-face is one thing, but using chat software to check in with the full company, or somehow checking in frequently with multiple teams is key.

For our listeners: If you work in a larger organization, we’d love to hear about how you’ve solved this problem of communication throughout the company. What’s resonated, and what hasn’t? Tweet your answers to us at @arresteddevops.

Main takeaways: Jason - Spend some time researching DevOps. Get to the DevOpsDays events that are happening in your area. That’s where I’ve learned the most. I’ve made some great friends and contacts. Also, these events have helped me have the sense of empathy not only toward the challenges of the marketing and sales teams, but also the conversations that are taking place among all of the business units, no matter what size company. I can now take what I’ve learned, both online and offline, and take those insights and thoughts back to my team. For the time-being, I’m the one internally who’s teaching DevOps best practices. It’s really a matter of absorption. You can’t sit behind your desk and understand DevOps. You really have to get involved with others.

Shannon - Truly the biggest thing that I’ve taken away in the past 9 months is really trying to build up our grassroots messaging and the way that we’re reaching out to people. I think the best way to do that is go to these community events – be involved, listen, share, have natural conversations, and be genuine. Having a presence in the community says a lot more than any little tagline. 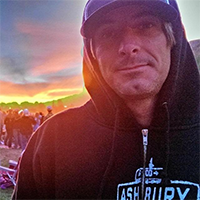 Jason Hand writes, presents, and coaches on the principles and nuance of DevOps, Site Reliability Engineering, and modern incident management practices. Named “DevOps Evangelist of the Year” by DevOps.com in 2016, Jason recently authored a new book on the topic of Site Reliability Engineering. In addition to SRE, Jason has authored books with O’Reilly Media on the subject of post-incident reviews and Chatops. DevOpsDays Rockies organizer and host of the Front-range Site Reliability Meetup, Jason is dedicated to the latest trends in technology, sharing the lessons learned, and helping people continuously improve their IT and software development practices. Jason is also a co-host on the popular podcast, “Community Pulse” - a show on building community in tech. 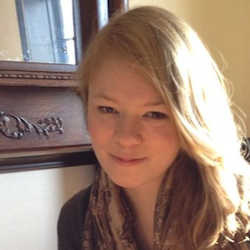