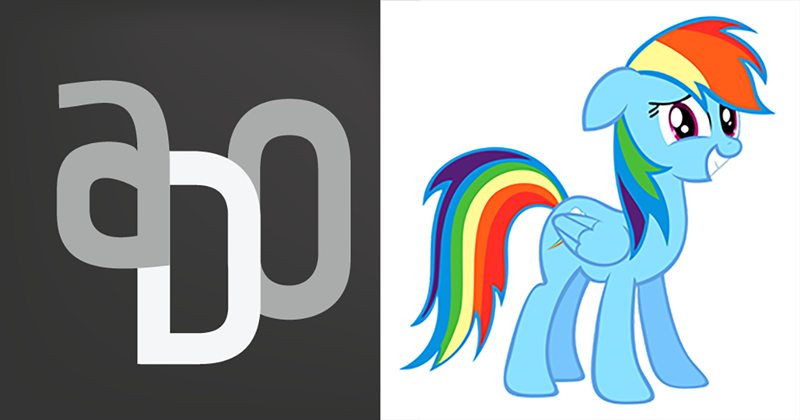 Starting any new job can be a mix of fun, excitement, and nervousness. But what about when you’re coming into a DevOps-oriented organization? What are some of the special challenges entering a collaborative, ‘blameless’ place of work? Ryn Daniels and Jake Champlin join us to discuss their recent experiences of starting at some pretty exciting workplaces.

Matt asks Ryn what it was like going to a place like Etsy - the gold standard! - what they expected, and what it was like when they got there. Ryn says that years of reading codeascraft and seeing etsy engineers speak at conferences meant that they were excited to start but also felt a little impostory. “Everyone knows that devops is the internet and the internet is cats - I show up my first day and my desk is covered in cat pictures.”

Jake talks about how devopsdaysPGH was his first tech conference, where he got connected to the community and met his future boss Alex Nobert. Julian asks how Jake got connected to Minted, and Jake talks about Bridget introducing him to Alex and how Minted seemed to have a great culture. Trevor asks what stands out about Minted’s culture, and Jake mentions that it’s woman-owned and has a strong focus on the product, and how everyone’s motivated to make a quality product and it’s reflected in your infrastructure.

Bridget suggests this might be the inverse of Conway’s Law, while Matt asserts that most “inverse Conway’s Law” discussions just end up proving it. Jake mentions how the community of Minted votes on some products, and the engineering team tries to bring that same excellence throughout.

Bridget asks Ryn how Etsy’s engineering practices influence or are informed by the culture of the company. Ryn mentions Etsy’s B-Corporation status, which means they are focused on social good, transparency, giving back to the environment - and that’s reflected in a lot of what they do, from codeascraft to blog posts to involving sellers in the community.

Both guests give a short version of what their company does; Ryn says that aside from the monitoring and sending everyone to Velocity, Etsy is the largest marketplace for handmade and vintage goods. When Jake explains Minted, it’s revealed that as “lazy podcasters”, we didn’t realize that Minted was as artist-focused as it is, providing artists a platform and community - Bridget thought it was primarily for paper goods, while Matt thought it had something to do with money.

Bridget asks Ryn about their decision-making process to decide that Etsy was right for them. They said that even though Etsy folks they met at Velocity didn’t know them, they were welcoming and never condescended to them. (Also, pink-haired thought leadership.) They also admired how Ian Malpass was mentioning at devopsdaysMSP how he wanted to put together a class for effective male allies inside Etsy.

Similarly, when Jake went to devopsdaysPGH, the way people were open and welcoming is what made him know he was in the right place. (A restaurant-related digression led to a shout-out to Jon Cowie’s knife-spork.)

Matt mentions having the feels and being excited about getting a chance to work with Julian Dunn! and how when starting a new job, when you feel intimidated, people in a good culture are going to reach out to you and make you feel welcome. Julian asks our guests what the experience of starting at one of these devops gigs was like.

Ryn talks about how starting at Etsy is less-stressful than smaller jobs in the past (since payroll isn’t an open question) and then mentioned the engineering rotations that allow new people to “bootcamp” with other teams, to increase understanding across the site. They also mentioned the “first push” program, where everyone (even non-engineers) learns to deploy a change to the site.

Jake’s working remote, and his onboarding process was like being thrown into the deep end of the pool. He felt impostor syndrome at that point. Bridget agrees that it can be an intimidating feeling, and asks Jake how he deals with that. He says that he’s working with really smart people and is happy to learn new things every day.

Trevor asks about cultural cues. Ryn says that they have a chat-heavy culture, and because there are so many remotes, even the in-person team will communicate as if they are remote, so you get to know what’s going on with the team and what their favorite cat gifs are. Trevor mentions introducing hipchat to a client and how it caught on quickly. Jake mentions that although only ops and qa are remote, everyone at Minted uses hipchat. Matt believes it’s frustrating when there are people in an org aren’t on chat, and Jake agrees that having the whole org there (HR/payroll, etc) makes communicating easy, even as a remote employee.

Ryn: “I do get to sit ten feet away from John Allspaw, so I’ve got that going for me.” Matt: “If you’re playing the Arrested DevOps drinking game, that’s a drink.”

Julian asks what are some of the downsides of a chat-heavy culture. Bridget mentions that at DramaFever, people have sometimes found chat to be distracting, if people are wanting your attention all day, and Ryn points out that at Etsy, it’s considered okay if someone needs to be heads-down working on something, either turning off notifications or signing out of chat. Trevor mentions that working with a global team can mean unintended awakenings from 3am @-mentions, while Ryn and Jake are both in cultures that encourage not having chat on their phones. Bridget says that at DramaFever, the solution is spaces in someone’s name so as to not alert them during off hours.

Jake talks about how being in an oncall rotation instead of being oncall 24/7/365 is great, and after a week of oncall, at Minted they get the next Friday off (and their co-workers will kick them out of chat if they join). Bridget asks Ryn about their blog post on work-life balance, and Ryn says they wrote that about disconnecting, and Etsy also has a culture of asking people to take care of themselves (where they threatened to take away their VPN access because they were working while sick).

Julian, who reveals he is stranded in Chicago and that’s why he is on the show, turns the conversation back to finding good roles and asking what role a recruiter plays. Ryn says that an Etsy person being oncall and troubleshooting during a Sysdrink meetup in New York attracted a number of applicants. That, codeascraft, speaking at conferences - showing what an org does, instead of just saying “we’re hiring” - works better.

Bridget asks them what makes a job a place they know is right for them. Jake says the culture, and working on interesting things with smart people. Ryn agrees, and says that their first week at Etsy they got to start contributing right away. Bridget points out that new people have a power that people who have been there longer can never get back - the power of not knowing how things are “supposed” to be (and the ability to write documentation to better serve a “don’t know the answer” POV). Ryn says that breaking Nagios Herald their first week (and then they also got to experience Etsy’s culture around blamelessness.) Jake is in a more greenfield situation, and so he was able to start contributing immediately out of necessity.

Bridget asks for the panel’s best advice for people who are interested in a “devops” job, want to find such a job, etc. Apparently the answer is having Bridget introduce you to people and/or convince you that you’re totally good enough to work somewhere. [Note from Bridget: this may not scale.] Both Jake and Ryn point out that connecting with the community on Twitter is a really valuable place to start making connections. Matt points out that liking your co-workers isn’t so much “nepotism” - you don’t have to party with them - but you spend a lot of time with your co-workers, so you’re going to want them to be people you don’t hate. Matt says, “It’s not know the ‘right’ people, it’s just ‘know people’.” Jake points out that at PGH, Mark Imbriaco and Ben Rockwood spoke to him as if he was a friend, even though they are prominent in the community. Ryn encourages everyone to use Twitter. 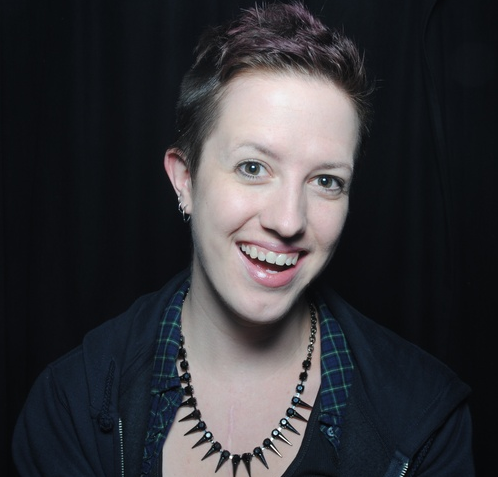 Ryn Daniels is an operations engineer and sparkly devops princess whose goal in life is to never again be a one-person ops team. They live in New York where they spend far too much time in the data center and not enough time making hot sauce and homebrewing beer. Ryn is not a member of any pink-haired thought leadership conspiracy which emphatically does not exist. 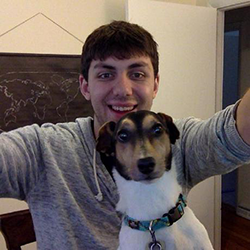 A 25-year-old hacker and thought laggard. Spends free time tinkering on computers, hanging out with friends, and riding motorcycles. Has no idea what the world balance means, and currently trying to get a life outside of devops. Friend of the mental health advocates. Insomniac, pursuer of the dark arts, and all around weirdo.